Vaping, Our Kids, & the Law

An Op-Ed on the Preventing Online Sales of E-Cigarettes to Children Act.

Last year, eighteen-year-old student athlete Adam Hergenreder from Gurnee, Illinois made national news after landing in the hospital with what doctors described as lungs like a “70-year-old’s” from vaping nicotine and THC products for a year and a half. After recovering in the hospital, Adam became an anti-vaping activist to highlight the dangers of vaping.

Adam was certainly not alone, with underage e-cigarette use increasing rapidly across the country and states rushing to try to address the issue. Here in Illinois, Governor Pritzker endorsed a ban on the sale of flavored vaping products, and the State Police (ISP) Division of Criminal Investigation (DCI) launched Electronic Cigarette/Vaping and Tobacco Countermeasure Enforcement, which recently charged five people for selling tobacco products to minors.

A study conducted in 2015 proved just how easy it is for teens to purchase e-cigarettes online. In North Carolina, minors took part in a study where they attempted to buy e-cigarettes from nearly 100 different online vendors. The minors successfully received the e-cigarette delivery 76.5% of the time. Furthermore, 95% of these deliveries were left at the door – with no attempt to verify the customers’ ages.

This is obviously a huge flaw in existing legislation, and it is important to note that regulations regarding the delivery of tobacco products were established in 2009, before e-cigarettes were so commonplace. Despite congressional action on Tobacco 21, we have yet to see a successful effort by Congress to address online sales, which is undoubtedly fueling the teen vaping epidemic.

The negative consequences of Congressional inaction are clear. The results of the 2019 National Youth Tobacco Survey showed, “disturbing rates of e-cigarette use among both middle and high school students in 2019, with more than 5 million youth reporting having used e-cigarettes in the past 30 days and nearly one million reporting daily use.”

That is why I am thankful Senator Durbin was an original co-sponsor of the Preventing Online Sales of E-Cigarettes to Children Act. This bill is critical because it would require an in-person physical ID check at the point of delivery for anyone who orders e-cigarettes or other vaping products online.

Nearly a third of teens who reported buying their own e-cigarettes said they bought them online. That’s likely because of poor age verification efforts by online retailers. The same age verification requirements that apply to purchasing tobacco products in person should also apply to the online purchase of e-cigarettes, which is exactly what the Preventing Online Sales of E-Cigarettes to Children Act would accomplish.

This bill passed the House last year, and it is time for the Senate to take action to prevent the next generation from becoming addicted to nicotine. I would like to applaud Senator Durbin for his support but encourage him to fight to unblock the stall in the Senate, and to strongly fight for this commonsense policy.

On behalf of teens, 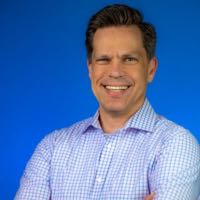 Andy has been LEAD's chief executive since May 2012. In the past 9 years, Andy has taken LEAD from a small community organization into a Nationally recognized prevention organization that offers programs and services all over the country. One of his biggest accomplishments is the development of Text-A-Tip, a 24/7 crisis text line that is now available to more than 10 million people. Andy speaks hundreds of times per year in schools, churches and communities across the United States.
See All Posts 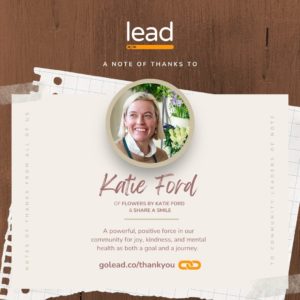 A Note of Thanks: Katie Ford & Share A Smile

LEAD offers a note of thanks to Katie Ford of Flower By Katie and Share A Smile. 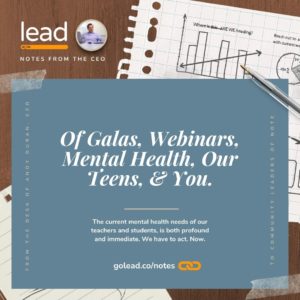 Notes From the CEO: Galas, Webinars, Mental Health, Our Teens & You

A few words from our CEO regarding current and upcoming events. From our April 5th newsletter.

Notes From the CEO: Journey Into 2022

Stay up to date with LEAD by signing up for our newsletter.

Learn More About the LEAD Family of Brands & Services... 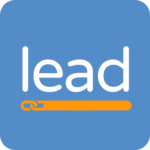